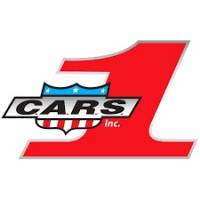 CARS Inc. has been in business since 1976 and was founded by a couple of Chevy enthusiasts who had a few classic Chevys to restore, and very few places to turn to find any Chevy restoration parts. Being frustrated over the lack of available restoration parts, they began going to different Chevrolet dealerships parts department. There they would try to scrounge up a few NOS parts. While going and looking for old Chevy parts at Chevrolet parts counters, they began to notice that some of the Chevrolet parts departments had quite a few certain rare old Chevy NOS parts. Some stored in rafters and others on shelves that had not been touched in many years. Other Chevy parts departments would have an entirely different set of NOS Chevy parts. Knowing that, they decided to buy as many of these parts as they could find and afford from the different Chevrolet parts departments and start taking them to classic car swap meets, much like the ones that still goes on every year. That way they could sell them to other Chevy car restorers for them to use and enjoy.

CARS Inc. decided to start actually making certain commonly rusted, worn, or torn items, a huge step for the company. The most popular classic Chevys parts, including patch panels, floor pans, and interiors for 1955-1957 Chevrolets, that were know to rust or wear out first are what they focused on. With the introduction of these new genuine C.A.R.S. Inc. restoration parts, the business really started to boom. They soon needed to move out of their car show trailer and rented a storage unit which ended up leading to the very first first showroom and stocking warehouse. After more than 45 years later, and tens of thousands of genuine CARSINC parts, they have settled into their newest 65,000+ square foot headquarters location in Rochester Hills, Michigan. CARSINC. also has a location in Placentia, California and still visits most of the major car shows and swap meets across the USA every year. Currently CARS Inc. makes and sells over 30,000 classic Chevy restoration parts. From the smallest bumper bolts, to gas tanks, to factory quarter panels, to custom hand-sewn interiors. Models include: 1953-54 Bel Air, 1955-57 Cameo Pickup, 1955-57 Chevy, 1958-72 Impala, 1964-72 Chevelle, Malibu and El Camino, 1962-79 Nova, 1967-76 Camaro, 1970-72 Monte Carlo, 1967-72 Chevy Pickup and the 1971- 72 Blazer and Suburban. Don't hesitate to call us here at H&H at 479-787-5575 or submit an inquiry with any question that you might have, technical or otherwise. We're not only here to sell parts, we're classic car and truck enthusiasts too! 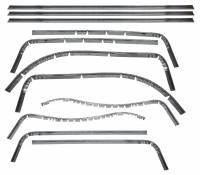 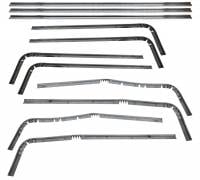 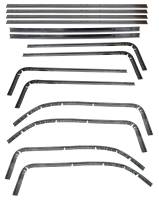 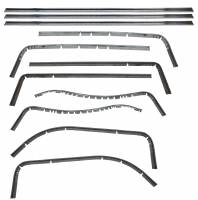