History of the Chevy Nova

From its start as an economical small car, to its rise to one of the best known muscle cars of its era, the Chevy Nova has long been a consumer favorite. Where did it all begin, and how did this awesome car get the axe? 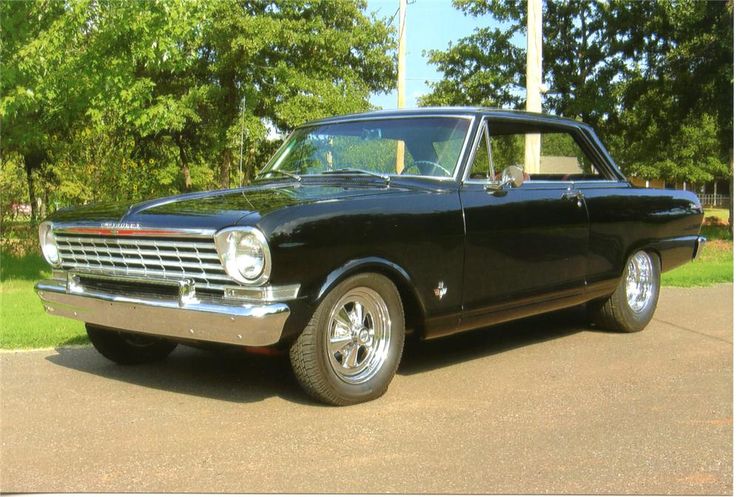 After losing some compact car market share in previous years to Ford, in 1960 Chevrolet went to the drawing board. They had visions of quickly producing a compact car for the masses that would be both economical and desirable. By 1962, the first Chevy II Nova rolled off the production line.

Despite the relatively short time between idea and launch, the Nova wasn't lacking in options. It was available in three different series and five different styles, giving the consumer plenty of choice and making the Nova a serious contender in the car market. There were two different engine choices: a 153, 4-cylinder and a 194 6-cylinder. Consumers also had the choice of three series - 100, 300, and 400.

Introduction of the SS 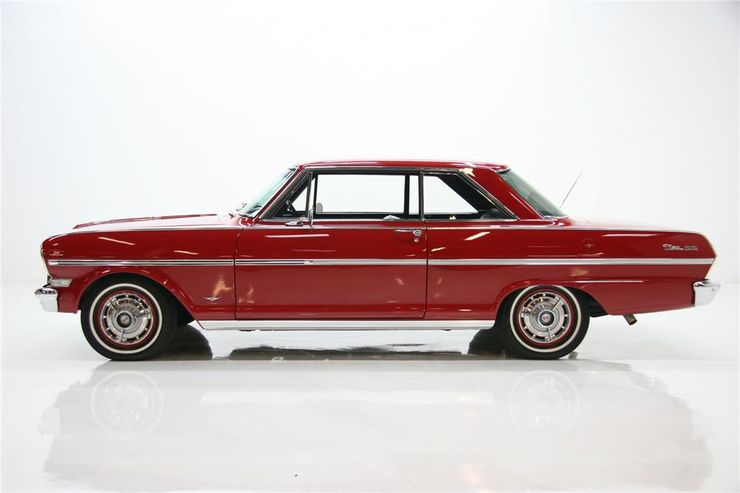 After getting a foothold in the market, it only took Chevrolet a year to bring out the Super Sport (SS) version of the Nova. The Chevy II Nova SS hit dealer lots in 1963 still sporting the 194 cubic inch engine, an engine that would be considered small by most casual muscle car fans, but which was respectable at the time. 1963 was the only year that a convertible SS was available, as the model was discontinued in 1964...and making these one of the most sought after classic Novas today.

In 1963, the SS package didn't provide much in the way of performance, but it didn't cost a whole lot either - it only set consumers back $161.40, and it included new emblems, a floor shifter, and bucket seats. 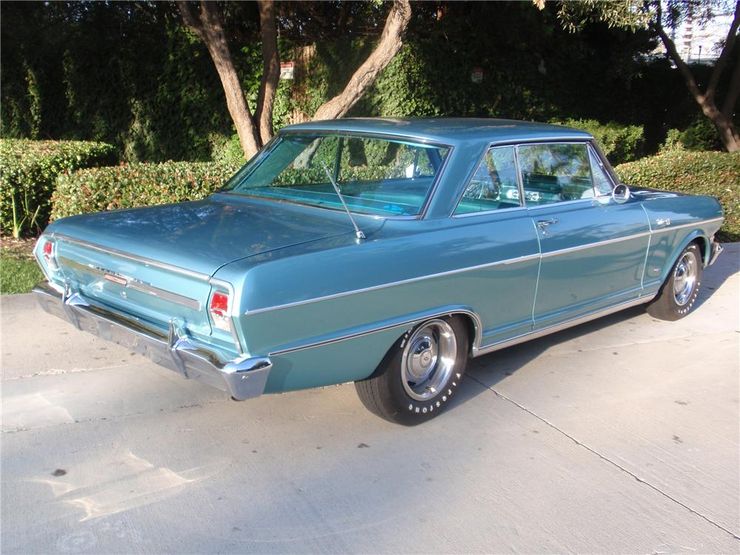 In 1964, the Chevy II received a V8 option. The 283 V8 was capable of putting out about 195 hp and a substantial 285 lb-ft of torque. While the 195hp figure might not impress today's youngest car enthusiasts, the old Chevy II Nova only weighed about 2,500 pounds. For comparison sake, a 2014 Scion FR-S (which is a popular car with the "kids" in 2014) weighs about 2,800 lbs, produces about the same horsepower (200hp), but comes up woefully short in the torque department (151lb-ft of torque). A new Scion FR-S costs a few thousand dollars more than $20k as well.

In 1965, the already powerful little car got an additional boost in the form of a new 327 V8 offering 300 hp. This, coupled with its close ratio gearing and light weight, meant that now the small car was capable of holding its own against the big boys of the track, namely the GTO and the Mustang. 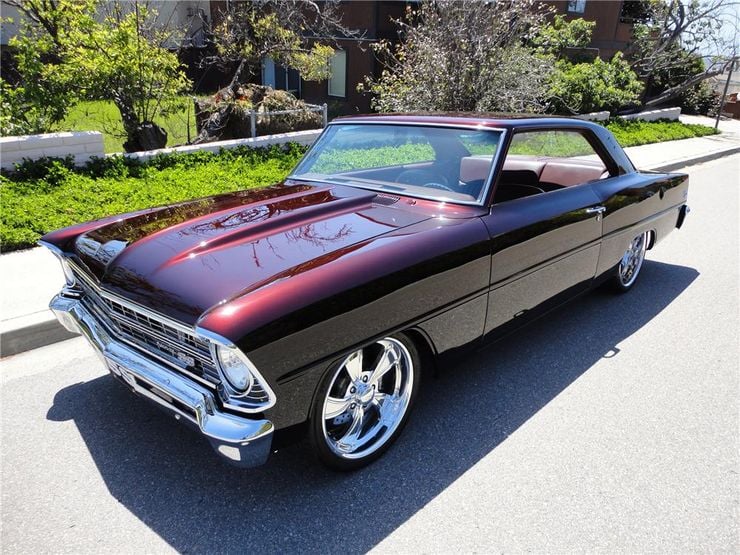 1966 brought about a revamp of the Chevy II. Still available were two of the original three styles: the 100 and 400, and the price for SS package for the 400 was lowered. It was available for an additional $159 ($1,160 in modern dollars). The SS still came standard with the old 194 engine, but replacement options were available:

The top-of-the-line engine was the 327 Turbo-Fire engine which offered an incredible 350hp. With the weight of the car still under 3,000 pounds, this was a seriously fast car.

Stylistically, the second generation of the Chevy II saw some upgrades and looked much sharper and meaner than it’s predecessor. In fact, it was sporting an almost “fastback” shape. The grill was styled to keep up with the times and a tapered trunk was introduced. All of these changes made this the most desirable of all of the incarnations.

Additional cosmetic changes were made in 1967, most likely to keep up with competition from the Camaro, which was eating away at the Nova’s sales figures.

The Big Block Comes And Goes 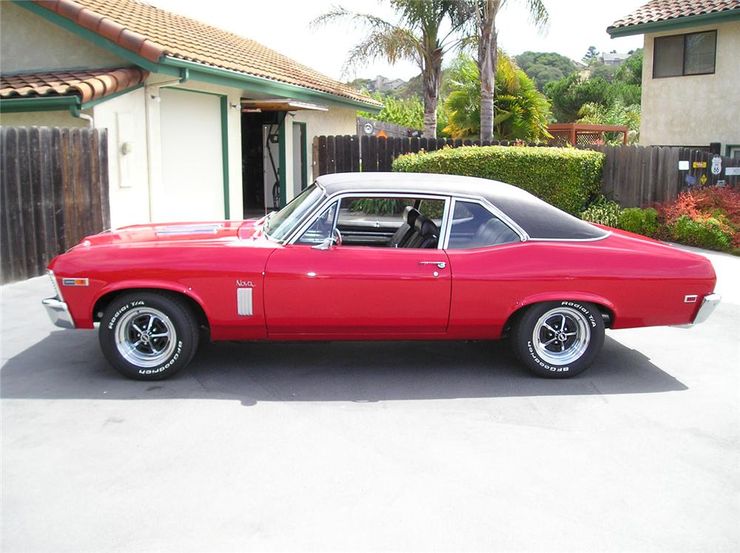 It was two years before more changes were made to the Chevy II. The most noticeable change was dropping the “Chevy II” prefix in ‘69. Now officially know as the Nova, it was transformed from the mild-mannered car of yesteryear to the stylish muscle car now idolized by classic car enthusiasts. It certainly looked the part of a muscle car with a longer wheelbase and plethora of engine size options.

New engines were the highlight of the SS package as Chevrolet turned to the “big block” engines. Engine size could be increased in the SS from the standard 295hp, 350 V8 to a much more powerful 375hp 396. The larger engine option was intended to help the waning sales figures, but of the 17,500 SSs produced this year alone, less than 1,000 of them contained the big block engine.

Over the next few years, there were plenty of changes around the engines offered. 1970 saw the introduction of a new 396 V8, but it was replaced with a much smaller 350 V8 the following year. Also in ‘71 was the demise of the 153 4-cylinder that had been an option from the start of production, and the 230 6-cylinder was replaced with a 250 6-cylinder. The 307 and 350 were still available, but they had lower compression ratios to make them compatible with the now standard unleaded gas. The big block engines were discontinued.

Despite the noticeable loss of the big block power, there was still a glimmer of hope for the Nova faithful as 1971 saw the introduction of the Rally Sport Nova. Over 7,500 Rally Sports were built to meet the demands of muscle car fans who wanted to look the part without the associated headache of insuring a muscle car. 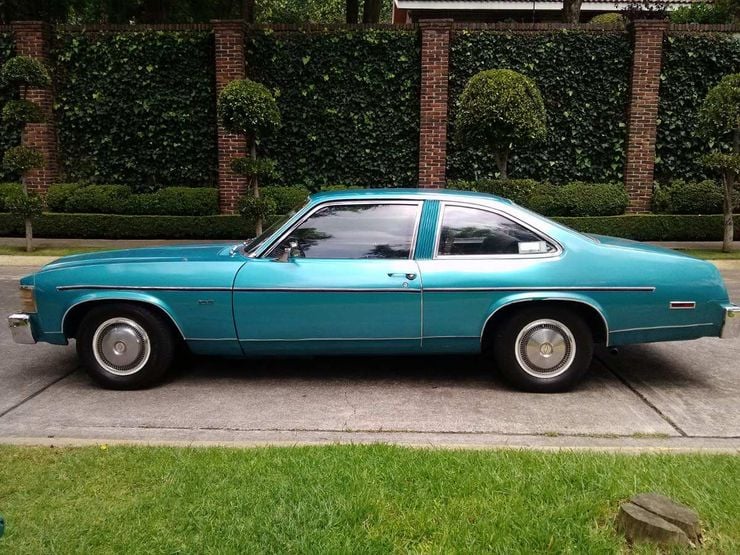 While the later models may not be in the same league as their predecessors, they are sure to become more popular with classic Chevy collectors as the desired models become less available and more expensive. They're not the muscle cars of the first and second generation, but they have a solid foundation perfect for tinkering.

The Nova had a good 16 year run, and it's not surprising that it's still a well-loved vehicle today.