Why The Nomad Might be the Coolest Tri Five 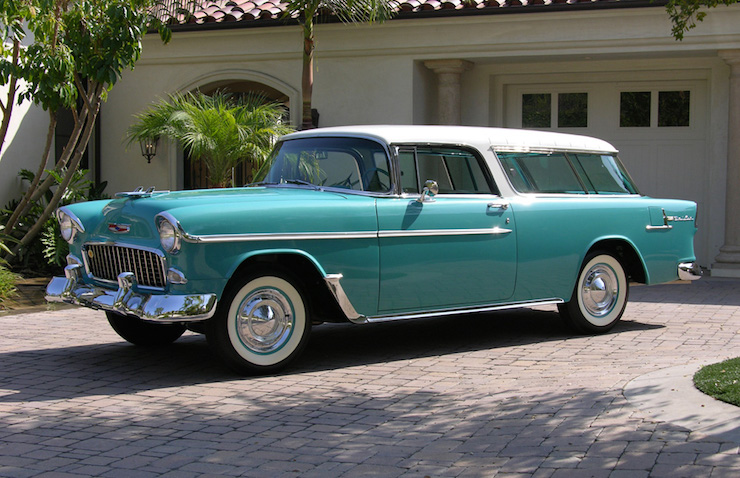 Initially pitched to the public as a concept based on the Corvette, the Nomad production vehicle was much closer to the Bel Air. As a matter of fact, it’s often referred to as a Bel Air Nomad since Chevy used so many similar design cues.

The Chevy Nomad was made off and on from 1955 to 1972 as a station wagon, and the models are sorely missed. It wasn’t a popular model during its production, but it’s coveted amongst collectors today. While it obviously puts any other wagon to shame, is it the coolest of the Tri Five family?

Regardless of its lack of initial popularity, the Nomad has become America’s most recognizable classic wagon, and it set the bar for sports wagons that would follow.

The Nomad’s History at a Glance 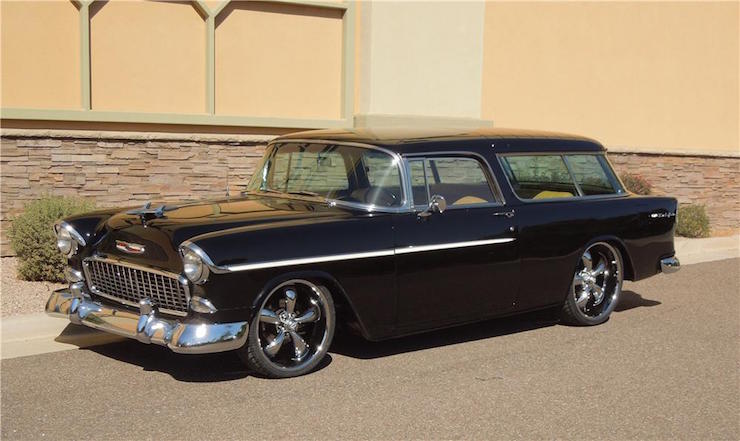 When the Nomad premiered in 1955, the Tri Five line was also updated with the now iconic styling. The Nomad was most expensive Chevy at the time, aside from the Corvette, coming in $2,571 for the V8 model. This was a few hundred dollars more expensive than the four-door Bel Air Beauville wagon. Chevy tried to keep the price down, but never got it into a price range people were comfortable with. This may explain its less than impressive popularity at the time. 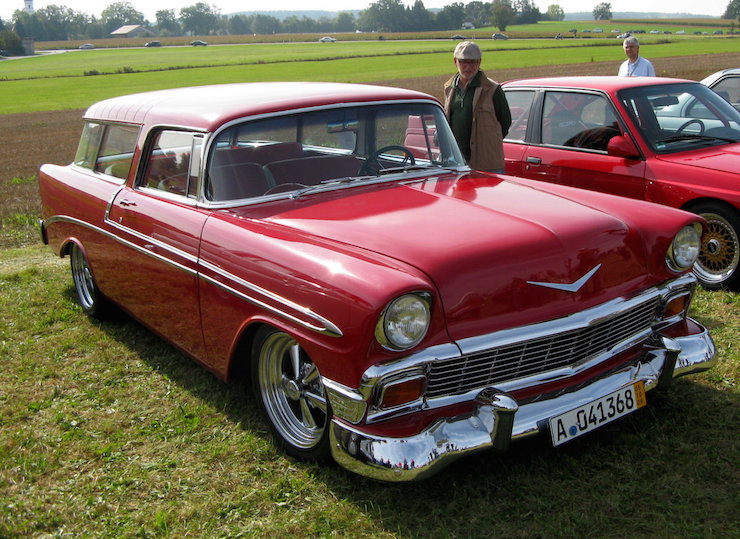 The other problem was the two door body style. It certainly looked sporty, but limited the use of the cargo space. After all, what else would you buy a wagon for if not to use the space? Even though the two door was less useful than a four door wagon, the Nomad had enough cargo space to make it extremely competitive amongst others.

Buyers never seemed to catch on, and the Nomad remained a niche model.

So if it failed after never really picking up, what makes it a candidate for a title like “Coolest Tri Five”? To most, the Nomad is iconic for its representation of Chevy’s transcendence from its place in the low priced three — its a halo model for the Tri Five lineup.

The Tri Five Nomads are desirable amongst collectors, especially the ones equipped with the fuel injected Corvette engines — those models go for around $100,000 at auctions, and even the “plain” engined models go for over $40k.

Regardless of its status as a bit of sales flop, it has always been a sharp looking, sporty, high end model with nothing else to compare it to. It’s akin to the top of the line Bel Airs, with the addition of tons of cargo space, and massive novelty appeal. There’s no other vehicle that’s ever quite topped the Nomad, and there won’t ever be. That’s why the Nomad is essentially the “too cool” big brother of the Tri Five lineup.