A Brief History of the Chevy Blazer

In 1969, Chevrolet set out to blaze the trail with a type of vehicle not many had seen before: an SUV. Aptly named the Blazer, the SUV exploded in popularity and made Chevy one of the earliest pioneers of the booming SUV market we know today.

How did Chevy come up with such an iconic vehicle? How did it change over the years? Why did Chevy get rid of it in 2009? This brief history lesson has all the answers you need, and more.

How the Blazer Came into Being 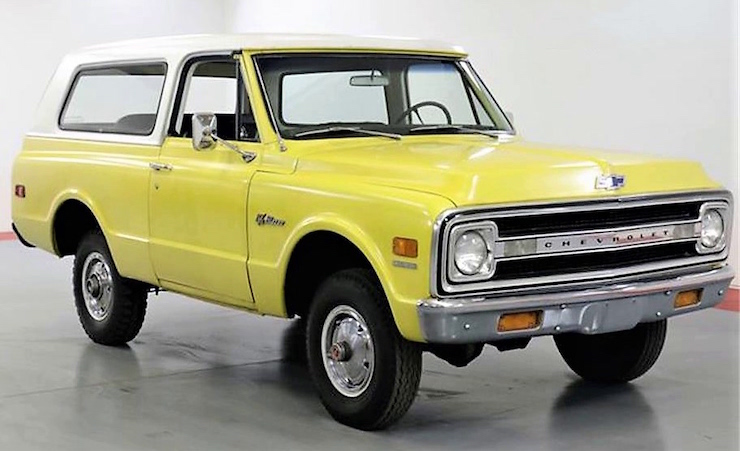 After brainstorming, designing, and perfecting, Chevy finally unveiled the vehicle that would later become an icon in the SUV market: the Chevrolet Blazer.

Built on the C/K pickup chassis, the Blazer featured a roomy, comfortable interior and a rugged exterior. It also had an iconic removable fiberglass top. Chevy marketed the Blazer as a vehicle that provided “all the comfort and nice things of a family car” as well as “all the handiness and toughness of a pickup truck”.

The year the Blazer debuted, Chevrolet made only 4,935 units. The following year, Chevy nearly tripled the production total to 11,500 units. By the end of the decade (1979, to be exact), Chevy was churning out nearly 100,000 units of the Blazer per year.

As the Blazer exploded in popularity, Chevrolet came out with two other versions of the Blazer:

How the Blazer Changed Through the Years

Here’s a timeline of the major changes the Blazer underwent in the 40 years it prowled the roads:

Chevrolet kicked off the second generation with several major changes: 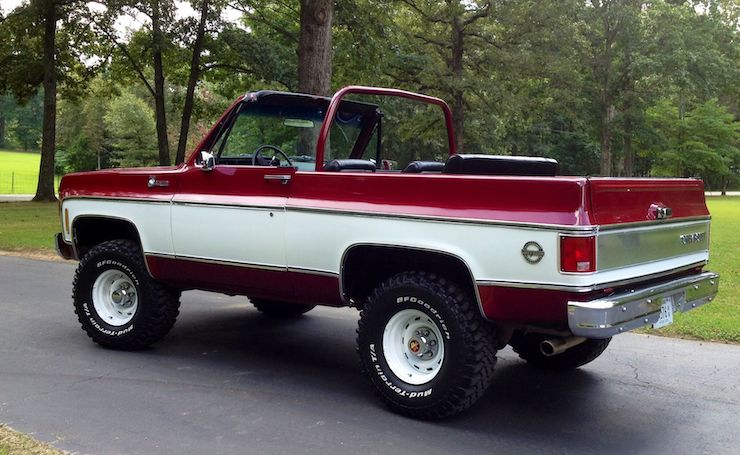 Due to safety regulations, Chevrolet stopped making the “full convertible” removable tops (but they would later introduce an optional 3/4 length soft-top in 1977). Also, they made catalytic converters standard on all Blazer models.

Chevy modernized the Blazer by adding the following:

Chevrolet added a Blazer model that ran on a 6.2L V8 diesel engine to its lineup. The diesel model came with a four-speed automatic transmission, and it was available only with four-wheel drive.

The Blazer got some attractive upgrades, including:

The S-10 Blazer got a four-door variant. Up to this point, all Blazer models came with only two doors.

The beginning of the third generation came with several changes. For instance, Chevy got rid of the removable roof. Now, all the Blazer models got a full-length steel top. Chevy also made the Blazer’s wheelbase longer by 5 inches, which made the already large interior even roomier.

This is the year Chevy turned the K5 Blazer into the Tahoe model and made the S-10 Blazer the Blazer model. The Blazer also got a major facelift with a sleeker appearance. 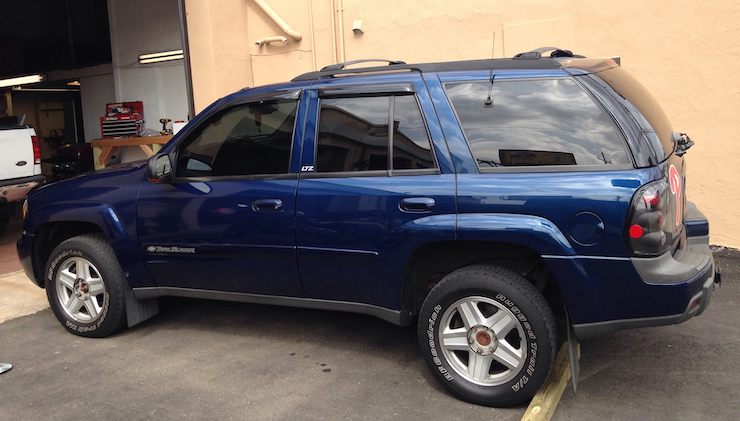 In 1999, the Blazer got a high-end trim level called the TrailBlazer. In 2002, Chevrolet decided to turn it into its own model. The TrailBlazer wasn’t considered a true Blazer, for it had more car-like unibody construction.

This is also the year when Chevy stopped selling the S-10 Blazer in the U.S. The Blazer was only sold to fleets until its production ended in 2005.

The TrailBlazer stuck around for 4 more years until Chevrolet got rid of it in 2009.

The Blazer is Back… Or is it Really?

Blazer fans around the world were overjoyed when Chevrolet announced that they were bringing back the Blazer in 2019. However, the new Blazer bears little resemblance to the classic Blazer. The new Blazer is a unibody crossover. It’s not made for off-roading. Rather, it’s strictly a family car.

The new Blazer isn’t what the die-hard classic Blazer fans were looking for. For now, we’ll just stick to the K5 version.